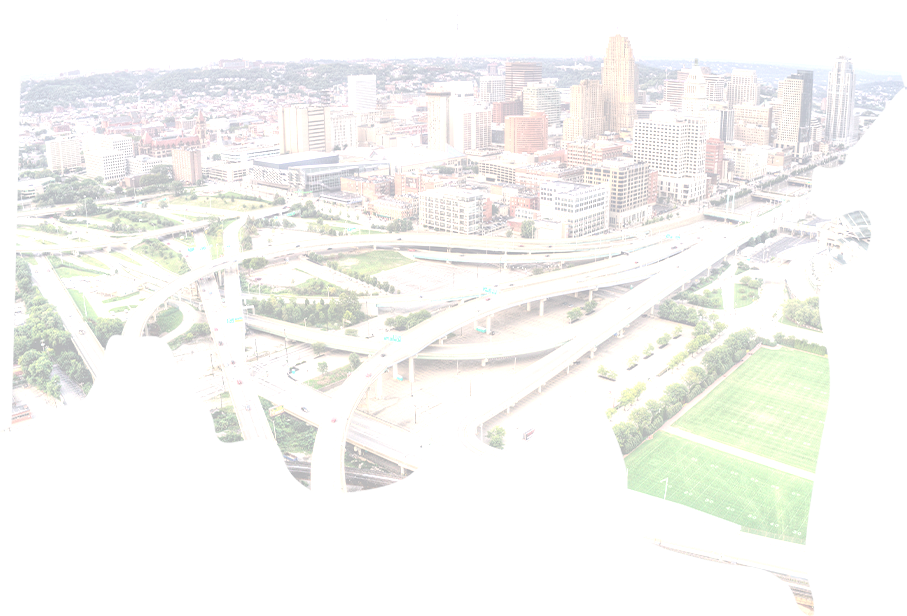 An appeal is decided by a panel of three judges. Each judge on the panel reads the briefs filed by the parties, reviews the lower court record, and with the aid of legal staff, conducts research on the issues presented. Oral arguments are primarily scheduled for Mondays and Tuesdays, with each side given 15 minutes to present its case. The Court Calendar contains a schedule for upcoming hearings. The hearings are open to the public and are streamed live on the Court’s YouTube page.

Following oral arguments, the judges conference the cases. One of the judges is selected through a random process to write an opinion, which states the panel’s ruling and contains an analysis of the legal issues and the reasons underlying the decision. If one of the judges on the panel does not agree with the decision, he or she may write a dissenting opinion, which is released along with the majority decision. Opinions are released on Wednesdays and Fridays.

The First District Court of Appeals is located on the twelfth floor of the William Howard Taft Law Center, in downtown Cincinnati.

The State of Ohio

The Constitution of Ohio separates our state government into three branches, each with distinct areas of responsibility — the executive, the legislative and the judicial.

The primary function of the judicial branch is to fairly and impartially settle disputes according to the law. To do this, a number of courts have been established in the state by the Constitution and by acts of the General Assembly. Further, in addition to its place in the court structure as the court of last resort, the Supreme Court, in particular the Chief Justice, is responsible for the administration of the judicial branch in Ohio.

The Supreme Court of Ohio

Article IV, Section 2, of the Constitution sets the size of the Court at seven – a Chief Justice and six Justices – and outlines the jurisdiction of the Court.

The Supreme Court is the court of last resort in Ohio. Most of its cases are appeals from the 12 district courts of appeals. The Court may grant leave to appeal criminal cases from the courts of appeals and may direct any court of appeals to certify its record on civil cases that are found to be “cases of public or great general interest.”

The Court must accept appeals of cases that originated in the Courts of Appeals; cases involving the death penalty; cases involving questions arising under the U.S. Constitution or the Ohio Constitution; and cases in which there have been conflicting opinions from two or more courts of appeals. The Court must also accept appeals from such administrative bodies as the Board of Tax Appeals and the Public Utilities Commission.

The Court has original jurisdiction for certain special remedies that permit a person to file an action in the Supreme Court. These extraordinary remedies include writs of habeas corpus (involving the release of persons allegedly unlawfully imprisoned or committed), writs of mandamus and procedendo (ordering a public official to do a required act), writs of prohibition (ordering a lower court to cease an unlawful act), and writs of quo warranto (against a person or corporation for usurpation, misuse or abuse of public office or corporate office or franchise).

The Court may also grant leave to appeal a case involving a contested election. This type of a case is unique because it is the only type of discretionary appeal that permits a case to be taken directly from the court of common pleas to the Supreme Court, bypassing the court of appeals.

The Supreme Court makes rules governing practice and procedure in Ohio’s courts, such as the Rules of Evidence, Rules of Civil Procedure, and Rules of Criminal Procedure. Procedural rules adopted by the Supreme Court become effective unless both houses of the General Assembly adopt a concurrent resolution of disapproval. The Supreme Court also exercises general superintendence over all state courts through its rule-making authority. The Rules of Superintendence set minimum standards for court administration statewide. Unlike procedural rules, rules of superintendence do not have to be submitted to the General Assembly to become effective.

The Chief Justice and six Justices are elected to six-year terms on a nonpartisan ballot. Two Justices are chosen at the general election in even-numbered years. In the year when the Chief Justice is on the ballot, voters elect three members of the Court. A person must be an attorney with at least six years of experience in the practice of law to be elected or appointed to the Court. Appointments are made by the governor for vacancies that occur between elections.

The courts of appeals are established by Article IV, Section 1, of the Ohio Constitution and their jurisdiction is outlined in Article IV, Section 3. As the intermediate level appellate courts, their primary function is to hear appeals from the common pleas, municipal and county courts. Each case is heard and decided by a three-judge panel.

The state is divided into 12 appellate districts, each of which is served by a court of appeals. The number of judges in each district depends on a variety of factors, including the district’s population and the court’s caseload. Each district has a minimum of four appellate judges. Appeals court judges are elected to six-year terms in even-numbered years. They must have been admitted to the practice of law in Ohio six years preceding commencement of the term.

In addition to their appellate jurisdiction, the courts of appeals have original jurisdiction, as does the Supreme Court, to hear applications for writs of habeas corpus, mandamus, procedendo, prohibition and quo warranto. The 10th District Court of Appeals in Franklin County also hears appeals from the Ohio Court of Claims.

The Court Of Claims

The Court of Claims has original jurisdiction to hear and determine all civil actions filed against the state of Ohio and its agencies. The court also hears appeals from decisions made by the attorney general on claims allowed under the Victims of Crime Act.

The Court of Claims decides civil claims typically involving contract disputes, property damage, personal injury, immunity of state officers and employees, discrimination and wrongful imprisonment. The Chief Justice assigns judges to hear such cases. In almost every instance, a single judge will hear a case, but the Chief Justice may assign a panel of three judges to a civil action that presents novel or complex issues of law and fact.

Civil complaints filed for $2,500 or less are decided on the contents of the case file or “administratively” by the clerk or a deputy clerk of the court. Appeals from those decisions (“administrative determinations”) may be taken to a judge of the court upon motion for court review. The court’s judgment is not subject to further appeal.

Appeals filed by crime victims are heard and determined by a panel of three commissioners who are appointed by the Supreme Court for a term of six years. A further and final appeal from the panel’s decision may be taken to a judge of the court. Like administrative determinations, the judge’s decision is final.

There is a court of common pleas in each of the 88 counties. Specific courts of common pleas may be divided into separate divisions by the General Assembly, including general, domestic relations, juvenile and probate divisions. Common pleas judges are elected to six-year terms on a nonpartisan ballot. A person must be an attorney with at least six years of experience in the practice of law to be elected or appointed to the court.

The general division has original jurisdiction in all criminal felony cases and in all civil cases in which the amount in controversy is more than $15,000. General divisions also have appellate jurisdiction over the decisions of some state administrative agencies.

Domestic relations courts have jurisdiction over all proceedings involving divorce or dissolution of marriages, annulment, legal separation, spousal support and allocation of parental rights and responsibilities for the care of children.

The Ohio Constitution of 1851 provided that probate courts were to be established as separate independent courts with jurisdiction over the probate of wills and supervision of the administration of estates and guardianships. In 1968, under the Modern Courts Amendment of the Ohio Constitution, the probate courts became divisions of the courts of common pleas. Probate courts also have jurisdiction over the issuance of marriage licenses, adoption proceedings, determination of sanity or mental competency and certain eminent domain proceedings. Probate judges can perform marriages and may charge a fee for the service.

Judges sitting in these courts, like probate judges, have the authority to perform marriages.

Mayor’s courts are not a part of the judicial branch of Ohio government and are not courts of record. Still, they must file statistics quarterly and annually with the Supreme Court. Additionally, at the request of the General Assembly, the Supreme Court has adopted rules providing for court procedures and basic legal education for mayors. Mayors whose courts hear alcohol- and drug-related traffic offenses have additional educational requirements.

Ohio and Louisiana are the only two states that allow the mayors of municipal corporations to preside over a court. In Ohio, in municipalities populated by more than 100 people where there is no municipal court, mayor’s courts hear only cases involving violations of local ordinances and state traffic laws.

A mayor is not required to be a lawyer, but may appoint an attorney who has engaged in the practice of law for three years to hear cases in mayor’s court.

A person convicted in a mayor’s court may appeal the conviction to the municipal or county court having jurisdiction within the municipal corporation. 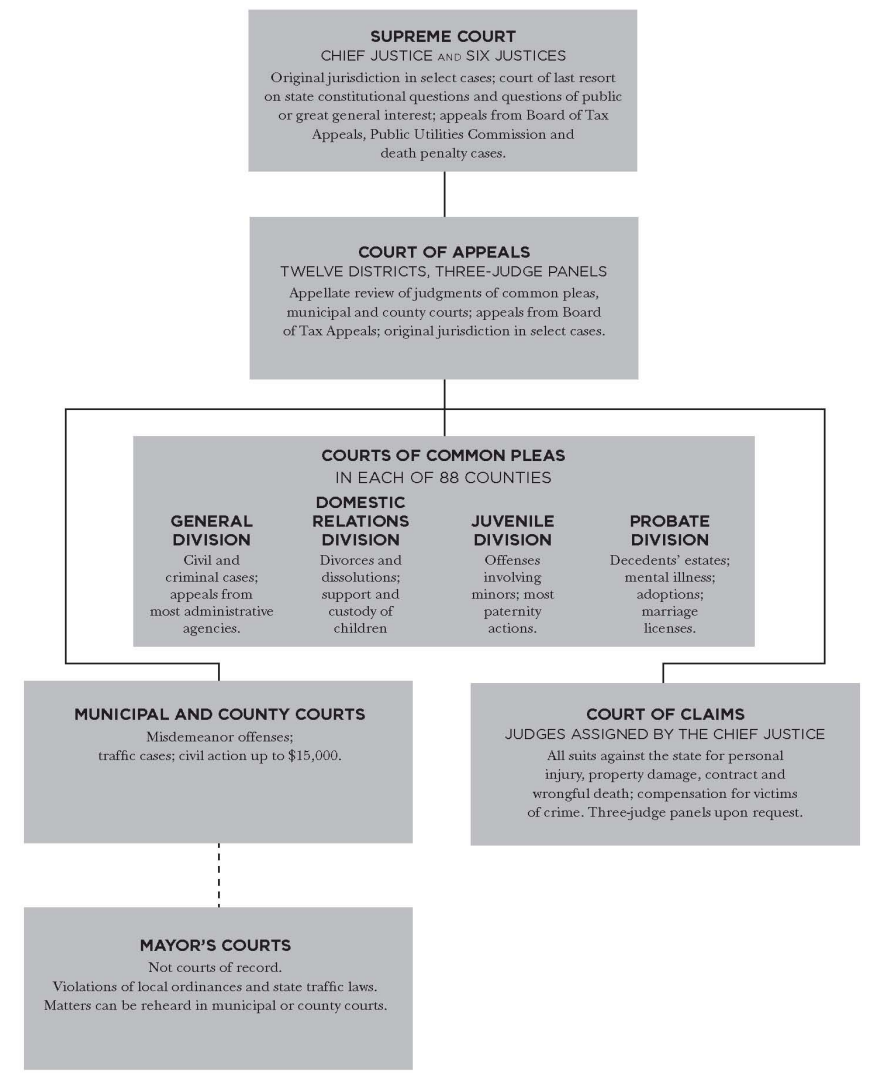