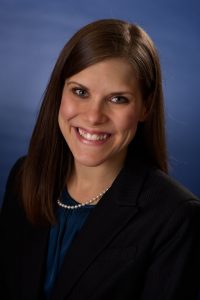 Ms. Nessler began her appellate experience as a Judicial Law Clerk for the Twelfth District Court of Appeals, serving from 2011-2015. In 2015, Ms. Nessler joined the Hamilton County Public Defender’s Office, where she was the appellate attorney for its juvenile division. In that capacity, Ms. Nessler represented youth charged with criminal offenses in Hamilton County Juvenile Court and on appeal.

During her tenure, Ms. Nessler also argued several cases before the Ohio Supreme Court. She also provided various trainings throughout the state on juvenile and appellate matters. Ms. Nessler was awarded the Noel E. Kaech Juvenile Defender Award in 2018 by the Ohio Public Defender for her impact and contribution to juvenile defense. Additionally, Ms. Nessler lent her experience in juvenile matters to various working groups aimed at creating systematic and legislative change for Ohio’s youth. Prior to focusing on appellate work, she worked as an associate attorney in a small civil litigation firm in Columbus, Ohio.

Ms. Nessler has been active in a numerous professional and civic organizations during her career. Currently, she serves as the Vice-Chair of the Cincinnati Bar Association Appellate Practice Group. Ms. Nessler also serves as a volunteer for Hamilton County Youth Court. She serves as a repeat volunteer for local law school’s moot court competitions. Ms. Nessler is also a member of CBA and OACA. Finally, Ms. Nessler volunteers at her children’s school as part of their Club 21 Advisory Board. 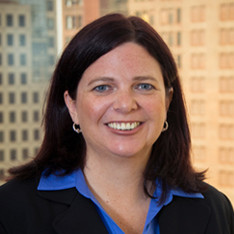 Angela Hayden became the Assistant Court Administrator in March 2021. She brings more than 20 years of legal practice experience and several years of administrative experience to the position. She assists Ms. Nessler in the overall operation of the Court.

Ms. Hayden’s legal experience includes criminal defense work and civil litigation. In the early part of her career, she worked as a Judicial Law Clerk in the Franklin County Court of Common Pleas, Domestic Relations and Juvenile Division. From there, she went into private practice at a large national law firm, eventually moving to a regional law firm. Immediately prior to coming to the Court, Ms. Hayden worked as the Administrative Director for a local nonprofit healthcare organization.

Ms. Hayden’s career highlights include several high-profile victories as a criminal defense attorney, along with numerous successes in the civil arena.

Ms. Hayden is a proud Cincinnati native and grew up on the West Side of the city. She obtained her B.A. in Communications from the College of Mount St. Joseph (now Mount St. Joseph University) and her J.D. from the University of Akron School of Law.